Fantasycricketgeek Fantasycricketgeek by Peeyush Sharma
Home Cricket Tips INDIA U23 Vs MALAYSIA U-23
India would definitely like to test their bench & give other squad memebers a game before they proceed to the later stage of the tournament.

I have taken Mayank Dagar who didn’t played the last game, if you want you can take Chahar as Dagar is not 100% confirmed to play. 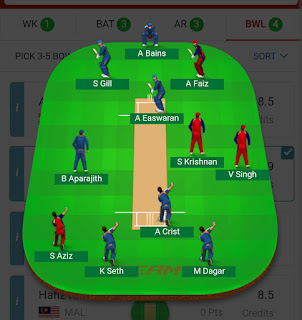